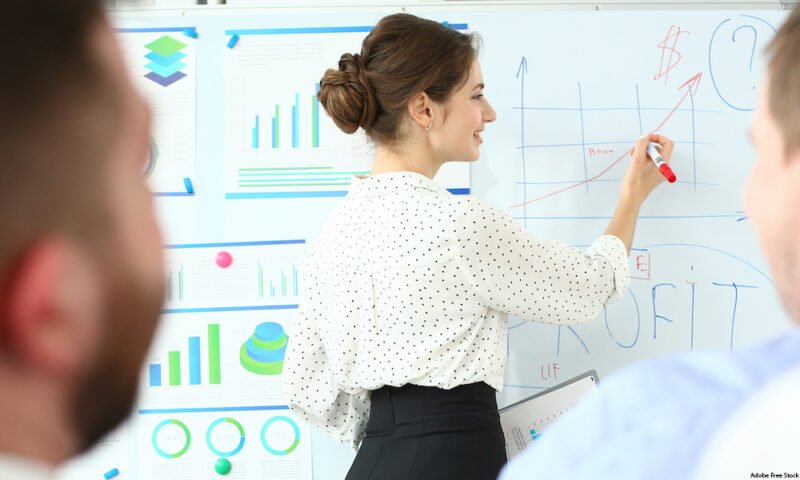 What do successful female Entrepreneurs have in common? This is not a trick question, nor is it the beginning of a joke.

Being a successful female entrepreneur doesn’t come down to luck, though a business coach may say, ‘you create your own luck’, so in a way, luck has played a role. So was it their upbringing? We take a look at some well known female entrepreneurs to find out.

Here are some of the characteristics of female entrepreneurs, and for inspiration, we turn to the juggernaut that is Oprah Winfrey. While getting to the top took a lot of hard work, perseverance, a thick skin and staying power, Elite Daily also suggests the following traits were very much part of Oprah’s attributes. So what can we learn from them? Let’s find out.

Love What You Do

What do most successful people say when asked what got them to the top? Loving what they do. Dedication, commitment, resilience and staying power to make it to the top is only possible when you genuinely love what you do.

Women in business have to work harder for recognition, but the female entrepreneurs who do it anyway because they love what they do are more likely to reap the rewards, but reaching the top takes a lot more than just loving what you do.

Let’s move on to the need to stay relevant with your audience.

Oprah has remained relevant throughout the decades. All businesses and Entrepreneurs need to be relevant to attract and retain a community and customers.

You can not become a successful entrepreneur as a party of one. You need an active social media community to remain relevant.

How often have you heard a mentor or coach say to you – just be yourself? As a rising star, in anything, it becomes much harder to be yourself. So what does it mean to be yourself?

If you don’t back yourself no one else will have your back. Putting yourself out there and taking risks is what life is all about. Oprah has backed herself and yes, she made many mistakes but she never gave up.

Taking risks is backing yourself even when you fail at something. If you’re afraid of failing you will never reach the top.

Embrace your failures and learn from them. Other women who have first failed before making it include these women entrepreneurs:

Plus, these women realised they needed the confidence to break their business partnerships and go out on their own they are also all social media stars. This reminds us of the need for relevance and having that all-important community of followers.

Another sign that you are backing yourself is the willingness to take risks. The downside of risk is you will fail but the upside is a chance you will succeed.

Part of risk-taking is the willingness to do what other people fear to do. This action is known as pushing the envelope.

So what does pushing the envelope mean? You’re going beyond what is deemed normal or usual. You’re taking risk, or you’re being radical says the definition on merrian-webster.

Pushing the envelope is make or break but there is no real success with it.

Knowing you’re responsible and claiming it to be so are not the same.

Taking responsibility for failures and for what happens in your life irrespective of your beginnings is an attribute that will take you far – maybe as far as some of the leading female enterpreurs.

The list of characteristics of Oprah and other successful women also include:

Plus, the high and low points to becoming a business leader or social media star is a lot more palatable with good and reliable friends.

So do you have what it takes to be a female entrepreneur? 🙂

9 Ways To Improve Motivation As A Small Business Owner

How A Business Coach Can Help You Thrive In Your Business