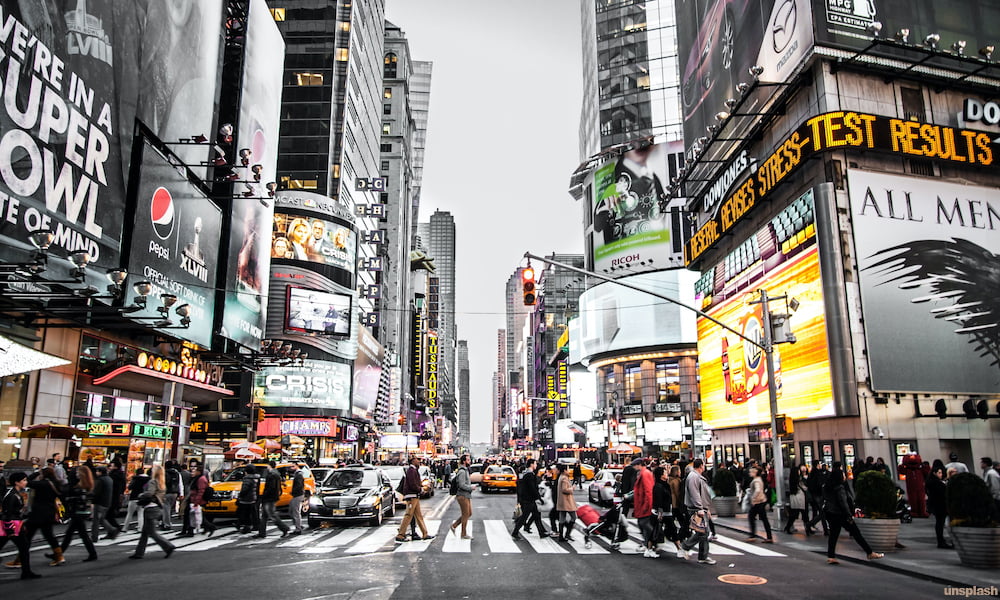 We’ve all seen billboard advertisements along the side of the highway. Those huge signs have been a part of our lives for years now. You probably don’t even think about them.

The fact is, though, billboards have been a staple of marketing strategies for decades. And it’s easy to see why. Highways and other roads are areas with high volumes of people, many of whom travel the same route multiple times over. It seems like a great way to get widespread, repeated exposure.

But how effective is billboard marketing? Does it really work as well as people think? Or are those big signs really just big wastes of money? Let’s take a deeper look, and figure out why billboards are so popular.

Why Use a Billboard?

Believe it or not, billboards are not a modern invention. In fact, archaeological evidence suggests that billboards, or at least something similar to them, date as far back as ancient Egypt!

The reason behind them is pretty simple. Advertising is all about trying to reach as many people as possible for as little cost as possible. Things like television and radio ads reach a lot of people, but they’re expensive.

Billboards, on the other hand? They’re relatively inexpensive, with most billboards costing less than $2000. That might sound like a lot, but billboards can stay up for a long time. A single radio or television spot might cost you as much as weeks of billboard space.

Billboards are also a visual medium, which studies have shown is an effective way to market. Granted, they aren’t the only form. If you’ve ever wondered how to make a brochure, which is another effective technique, there’s plenty of reason to do so.

Not only that, but many people make the same commute multiple times a day, multiple times a week. This means repeated exposure to the advertisement, which makes someone more likely to remember the brand or product being advertised, even if they aren’t consciously aware of the fact that they’ve noticed it at all.

Which brings us to the last point. Billboards don’t feel intrusive. Television and radio ads are a fact of life, but for many people, they aren’t exactly a welcome one. After all, when was the last time you saw someone happy about a commercial break?

But billboards don’t have that problem. They don’t interrupt someone’s entertainment. They’re more of a passive kind of advertising, which makes them feel less intrusive to those viewing them. This leaves a more positive impression in their mind.

And what marketer doesn’t want their brand associated with a positive impression?

Admittedly, some of those things might sound like negatives. After all, billboards are a passive form of advertising. That may cause some worry that they aren’t memorable. They might not leave a negative impression, but in the fast-paced world of today, you might find yourself wondering if they leave an impression at all.

Luckily for us, the answer to that question is yes. Billboard marketing really does work.

According to statistics, nearly three-quarters of United States citizens reported that they had remembered a product or service that had been advertised on a billboard. Over one quarter said they had taken note of a URL if one was provided.

Billboards reach a largely captive audience in an unobtrusive way. Repeated commutes mean repeated exposure to the product being advertised. And relative to the size of the audience reached, they’re extremely cheap as well.

Not only that but billboards are also excellent for geographically targeted marketing. After all, they’re physical objects. Installing a billboard in an area with a known market for your product or service can see great returns on your investment.

Of course, billboards aren’t perfect. No form of advertising is. Because they’re often seen by such a huge audience, they don’t work for other forms of targeted advertising, such as age or other demographics.

They also do suffer from diminishing returns. While they’re great at getting repeat exposure, they have been shown to be less effective with people who are regularly exposed to a high number of billboards ads in their daily life.

And while they are relatively inexpensive, most billboards are rented on a timed basis, rather than purchased outright. This can make them somewhat pricey for smaller ventures.

These are points to consider. But if you take them into account when planning your marketing strategy, you can make effective and efficient use of billboards in your advertising.

How to Advertise Using Billboards

Renting a billboard for your business isn’t difficult. All you need to do is contact the marketing agency that owns the billboard space you’re looking to rent. This information can usually be found on the billboard itself. If not, most marketers have a website online as well.

From there, you just have to negotiate the price for your billboard space, as well as the physical printing of your advertisement. After that, you coordinate with the marketing company on the design of your billboard.

Once you’ve done that, you’re done! Billboard marketing is a simple technique, which is part of what makes it such an effective one.

Use Billboards in Your Marketing Strategy

Billboard marketing is still an effective form of advertising, even in today’s fast-paced and modern environment. While a billboard may seem old-fashioned at first glance, they’ve remained a staple of the advertising world for good reason.

Their cheap cost relative to their captive audience, high rate of exposure, ease of use, and physical targeting make them a favorite of even the biggest and most successful businesses.

Setting up a billboard to advertise your product or business isn’t difficult. So get in touch with a marketing provider and start renting out billboard space today. In most cases, the benefits greatly outweigh the costs, and a billboard will quickly pay for itself.

Regardless of the nature of your business or product, a billboard is a great marketing investment.

4 Reasons Why You Need a Professional SEO Business Now, More Than Ever