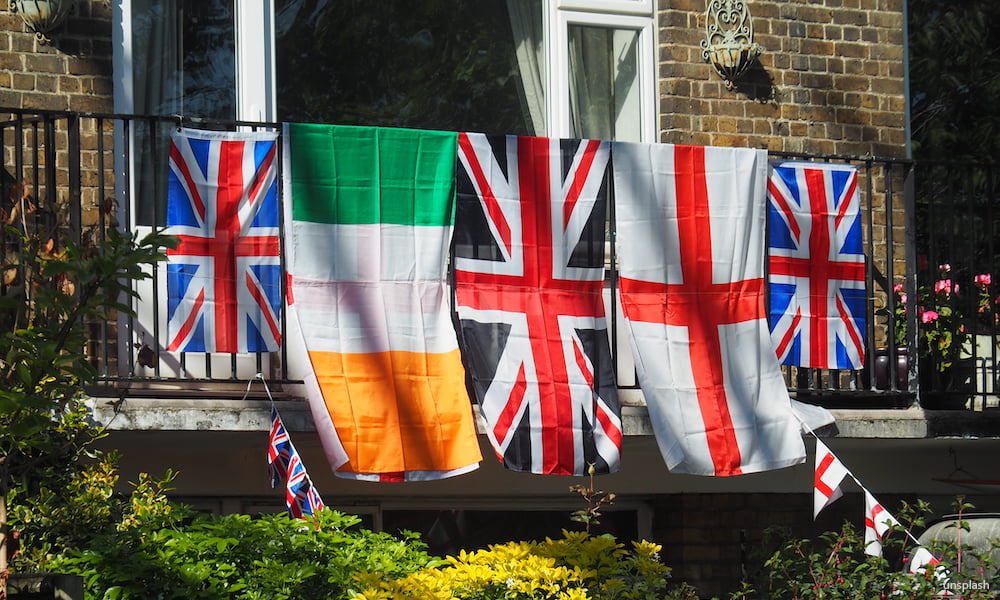 How is Brexit impacting Irish businesses? Thankfully it’s not all bad. While there have been some major setbacks, there are opportunities.

From research, this article reviews what’s happened so far since Brexit, including the exchange rate, trade, people and mobility and foreign direct investment.

Irish Businesses need to overcome setbacks dragged over from the pandemic to make the most of new opportunities.

The good news first – IMF is predicting growth in the Irish economy both in 2021 and 2022. The year 2020 was forecast as one of recovery but Ireland did defy expectations with a 3.4% growth in GDP.

Ireland is split between the republican south, i.e. The Republic of Ireland or just ‘Ireland’, which is part of the EU and Northern Ireland, part of the United Kingdom.

The freedom of movement of people between the EU and the UK ended on 1 January 2021.

The pandemic lockdowns have kept people at home, so there’s not a lot to report on how the movement of people is working. However, the pressure is on UK businesses to follow due process with EU nationals living and working in the UK.

EU passport holders who don’t have the UK or Irish passport and are keen to stay put with their current job or are in pursuit of income elsewhere in the UK need to register in the EU Settlement Scheme by 30 June 2021.

People with the UK and Irish passports are exempt, so this is good news for Irish businesses.

There is also such a thing as a frontier worker. This is an EU national that lives in Ireland and goes to Northern Ireland on business. However, if you thought you had a free pass think again. Frontier workers will need to complete an immigration application to keep the freedom of travel.

Businesses are encouraged to know what they need to do to sponsor workers.

Another headache is the impact the pension schemes and social security deals.

It’s not clear how social security arrangements will be coordinated and reciprocated – the unknown causes anxiety and uncertainty among workers keen to know where they will stand with their contributions when they retire.

Over the past five years, the GDP has been on a downward spiral.

The most notable low was in 2019. Since then, the focus has been on the pandemic, and all currencies have been on a roller coaster. Nevertheless, there is optimism with the rollout of vaccines, and trade is picking up everywhere.

Businesses in Northern Ireland have kept the EU rules for trade in goods between themselves and Ireland are uninterrupted by border checks.

Challenge Getting Goods To Northern Ireland From UK

However, getting goods from the UK to Northern Ireland is not smooth running. Delays mean goods nearing expiry dates, and this is frustrating Irish businesses.

For Ireland businesses importing directly from mainland UK, the experience is better, as the GBP drop means the goods are cheaper.

However, excise duties, unofficial border controls and tariffs are all subject to adjustments and legal battles. This will probably mean that compliance costs and administration will also be increased.

Then there will be regulatory changes that will take place over time and are likely to change many business models.

You’d be forgiven for believing the UK doesn’t want to trade with Ireland and the EU. However, divorce is never easy, and Brexit is living proof of its impact on the UK in particular. Bank of England’s reaction has stabilized sterling somewhat with the potential for a reduced UK tax rate.

No one gains by losing the trade between the UK and the EU, so it is logical to assume that arrangements will be made to preserve current deals and future deals.

Many commentators have been quick to mention this as one of the more positive benefits of Brexit for Ireland. However, there are some important opportunities for Ireland with EU nations and nationals.

Many industries in the Cork area have made offers to foreign professionals in the EU.

However, Ireland needs to develop its infrastructure, including available housing, to accommodate a much larger population and workforce.

Other locations across the EU, including Frankfurt and Paris, are ready for an influx of workers.

If foreign direct investments in Ireland are expected to increase, this will reverberate across all services, including hospitality, accommodation and so on.

There is a lot of uncertainty, so the important thing to do is to gather as much information as you possibly can, so you’re in control of the future of your business.

There will always be the doomsayers – ignore them. Instead, take a look at the certainties that can be counted on, like the fact that business and countries will always look for a better way to trade. Consider how this might be accomplished and find the paths you and your business can take to be on the right side of Brexit.

Dos and Don’ts Of Safe Driving For Business