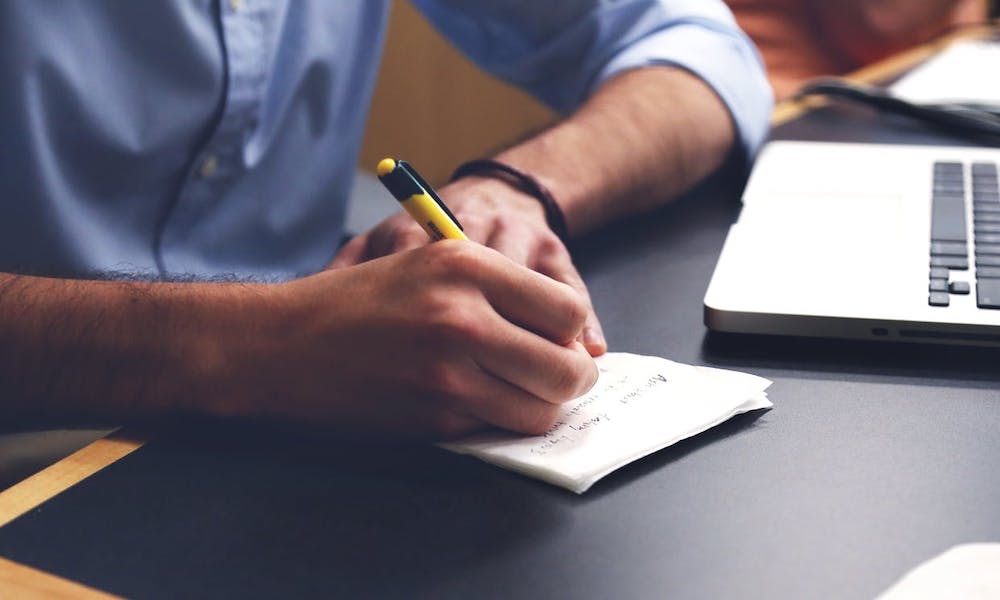 “The secret of getting ahead is getting started.” Mark Twain

Jeanne, a friend of mine who owns a corporate training company told me how she got started. Or actually didn’t.

She had all the plans, the syllabus and the locations. She was building a network, too, but couldn’t figure out how to actually get business. Then she went to a conference for HR professionals, her target market. About 100 people showed up.

The moderator started the day by asking if anyone had any workshops, seminars, or events to announce and if so, would they like to pass around a sign-up sheet. Jeanne didn’t have anything planned at the time, but realizing this was her best shot to reach 100 people in her target market, she took a yellow pad, made up an event title, put a date on it and passed it around.

One guy signed up. Jeanne was disappointed in three ways: 1) One guy signed up and 2) now she was committed to an event that she hadn’t planned and wasn’t ready to execute and 3) she would likely lose money on the event.

Even though the event was only four weeks out, she ended up getting 18 HR pros to come and it was a big success. After a few months of going nowhere in her business, she had made a big splash and was on her way. Why?

Because she decided to do something and more importantly, she put a date on it.

And she couldn’t weasel out of the date because others knew about it and were depending on her to follow through.

It is amazing what happens to us when a) we decide to do something, b) we put a date on it and c) we go public with the date.

Know anyone who has been engaged for years? That’s because they decided to get engaged, not get married. When they actually decide to get married, they’ll put a date on it and both of them will be changed forever.

Planning an event or setting a waypoint in our business won’t change us like setting a date to get married, but you get the point. It will change you. Try it.

Get started. Create a waypoint for increased sales, for firing your job and going out on your own, or replacing an employee, or an event for potential clients. Then put a date on it. Then make sure enough people know about it that you can’t weasel out. It will create a sense of urgency that will change the way you do business.

And check your “goals” and next years “business plan” for dates. “1st Quarter” is not a date. “2009” is not a date. Put specific dates on every action you plan to take and watch what happens. For some it’s even a good idea to put a time of day on it. Even if the day/time is months away, you will see the clock ticking in your head when you do this.

“When” shouldn’t be such an unusual question in business, but there’s no secret as to why we avoid it. It actually makes us change and we don’t like change, even when we’ll make more money in less time by changing. So we “make decisions” that aren’t decisions to avoid actually succeeding.

A decision is not a decision until we put a date on it. Until then, we’re just playing office.

“The secret of getting ahead is getting started.” Mark Twain What are you stuck on? Put a date on it. Let other people know. It will change you and you will make more money in less time.

Tags:business mindsetinspirationpositive thinking
Up Next

Enjoy What You Do And It Shows

How To Boost Your Creativity