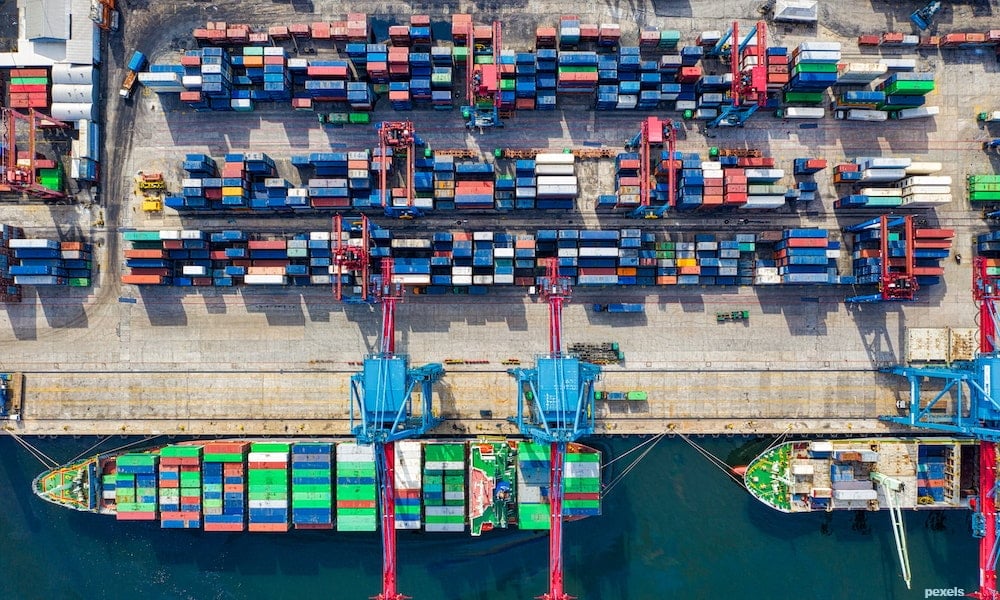 There are hundreds of thousands of products in transit around the world every day in the logistics and shipping industry. This global transport system is made possible by large vessels, shipping routes, and large companies that can move millions of pounds of cargo from all across the world.

These mega-ships and multi-colored freight containers can make you wonder how such a ship can carry that much weight and what are in those containers that are so valuable? Shockingly enough, some of these cargo ships have onboard with them armed security to ward off any pirates who might want to hijack them, so it’s a huge deal.

In this article, we look at the difference between a freight forwarder and non-vessel operating common carrier (NVOCC).

What is an NVOCC?

You may have heard technical terms like “NVOCC” when talking about shipping or logistics. We call it a cargo ship, but the formal business term for it is NVOCC (Non-Vessel Operating Common Carrier). It’s basically an ocean carrier that transports goods to other locations around the world.

According to Federal Maritime Commission, an NVOCC is a common carrier that holds itself out to the public to provide ocean transportation, issues its own house bill of lading or equivalent document, and does not operate the vessels by which ocean transportation is provided.

In other words, NVOCCs do not own or operate ocean transport vessels. Instead, they make arrangements with ship owners, charterers, or shipping lines to transport cargo under their own Bill of Lading known as the House Bill of Lading (HBL).

NVOCCs can carry packaged items like chemicals, foods, furniture, machinery, raw materials, motor, and military vehicles, including clothing. These are usually items that have been purchased by other countries or companies in other regions.

Some of the top NVOCCs worldwide include Maersk, APL, CMA, and CGM they are responsible for delivering products to their appropriate ports for docking and unloading. Once the items arrive at the receiving country, the freight containers are then put on truck beds and trains to deliver them inland to their final destinations.

What is a Freight Forwarder?

Unlike NVOCCs, which are the ships carrying the cargo, a freight forwarder is a business that organizes shipments for individuals or corporations to get goods from the manufacturer to a customer or a final point of distribution.

Freight forwarders specialize in lowering costs and facilitating the logistics of transportation. It’s also important to note, that a freight forwarder does not actually move the freight itself, but acts as an intermediary between a shipper and various transportation services such as ocean shipping on cargo ships, trucking, air freight, and moving goods by rail.

A freight forwarding service utilizes established relationships with carriers, from air freighters and trucking companies to rail freighters and ocean liners, to negotiate the best possible price to move shippers’ goods along the most economical route by working out various bids and choosing the one that best balances speed, cost, and reliability.

An ocean forwarder is involved in the following:

Besides, a forwarder does not move the goods but acts as an expert in the logistics network.

The carriers can use various shipping modes, including ships, airplanes, trucks, and railroads, and often use multiple methods for a single shipment. For example, the freight forwarder may arrange to have cargo moved from a plant to an airport by truck, flown to the destination city, and then moved from the airport to a customer’s building by another truck.

The Importance of NVOCCs and Freight Forwarders

Both NVOCCs and freight forwarders play vital roles in the shipping and logistics industry by offering the ability to transport products and goods over long distances and provide logistics and scheduling services to their customers. In a billion-dollar industry such as this, these two major players are the global economy’s working arms.

Three Top Areas To Focus On When Positioning Your IT Resume

When Your Side Hustle Can Be Your Business