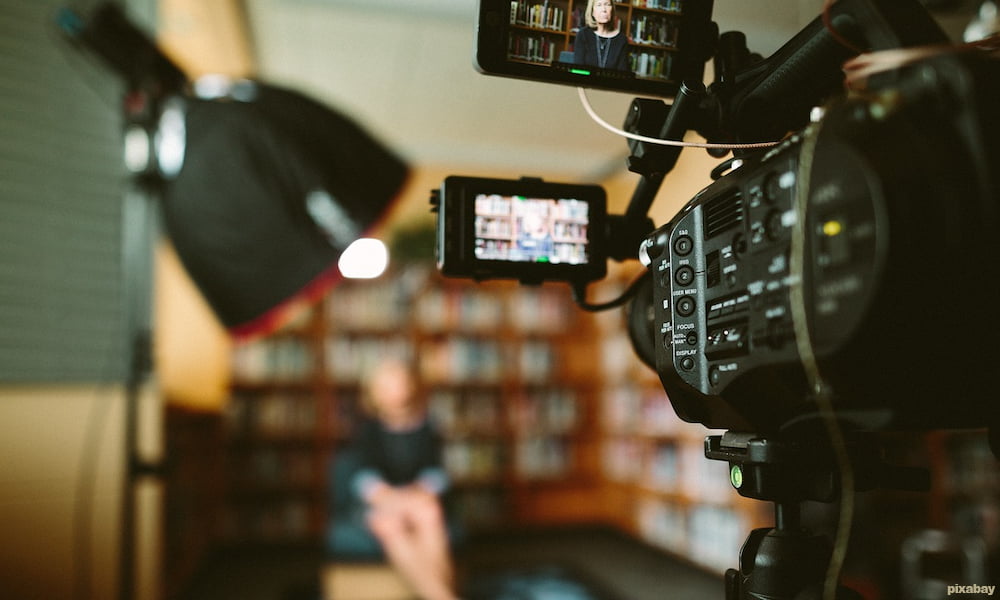 Video is an essential marketing strategy for a business. When it comes to getting your videos planned, written, filmed and produced, avoid trying to do it yourself, instead trust the experts. It just takes one poorly crafted video clip to damage your business’s perception, and when that happens, sales dry up.

In this article, we a few recommendations for businesses looking to hire a video production service. First, let’s start with a scenario you’d want to avoid.

Today’s the day! You’ve stopped by the set of the promotional videos you ordered to see how filming is going. But everything is in crisis. The director of photography broke three camera lenses, the actors decide to improvise all their lines, and the grip is scrolling through his phone as a broken light teeters towards him. Ok, so this is somewhat exaggerated, but you will walk away with a horror story and a terrible end product if you choose the wrong video production agency.

So how do you find the company that can come up with trumps and deliver to your business – video nirvana?

How To Choose A Video Production Company

Step 1: Go To The Movies

Sadly, this does not mean hitting up your local theater to watch the hundredth re-issue of Blade Runner. Instead, look at what media your prospective companies have made in the past.

Some companies opt for “speed” filmmaking: no fancy tricks, no eloquent dialogue, nothing but what needs to get done. Some companies pride themselves on creating elaborate “masterpieces” that will cost you a pretty penny.

Based on what style and techniques you see the company using, look back at your concept and see if the studio and idea are a harmonious marriage or not, and this also lets you gauge for quality. After all, people are 62% more likely to have a negative opinion of a brand if they see a poorly made advertisement for that brand. You don’t want to pay money to make your own company look bad, right?

If you should get a sample of the company’s work, why not watch the demo reel instead of those long finished videos?

Well, demo reels aren’t always showing you the final video, they are a highlight show, and it’s much harder to hide any sloppiness or mistakes in a complete video. However, don’t dismiss demo reels completely, as they can serve as a great way to see what this agency specializes in, be that lighting, shot framing, etc.

Therefore use the demo reels to evaluate the agency: if they have stuff in the demo reel that doesn’t appear finished on their site, they could be hiding something.

Step 3: Know What You Want Before You Hire

Would you hire Quentin Tarantino to direct a Pixar movie? No, because the two styles would clash a whole lot, right? Similar principle when looking for a video production agency to hire.

Think about what kind of video you’re trying to produce. Is it a 30-second ad or a product showcase video that will span several minutes? Is it live-action or animated?

Once you have the answers to these kinds of questions, you’re ready to start looking in earnest for a video production company. If you need extra help during this phase, ask your friends or those employed in similar fields for recommendations.

Step 4: Research As Much As You Can

One avenue to explore with video production agencies is how much experience they have. Are they seasoned veterans with award wins under their belt, or are they fresh blood trying to break into the business?

If the companies list their crew’s names, this is an opportunity for you to find out about the crew’s expertise. Use websites like IMDB (Internet Movie Database) to understand their prior work before the crew signed on to the video agency. Check the web for reviews of the agency too so you have more data points to use regarding the proficiency of the agency. It’s a lot of work, but it’s better than getting shortchanged down the road.

Step 5: Get All The Quotes

One of the worst things people do when shopping around for a video production house is finding a price in their budget and assuming they’ve got the prime deal.

Shopping around and seeing what prices you get gives you a wider variety of options to choose from and might expose that one price you were in love with as wildly inflated.

Video agencies know their power, and they also know the average person isn’t going to research to find the best deal. Snap out of their expectations and break the mold.

With all that said so far, you do get what you pay for in the video world. You hire that wide-eyed college graduate and his rag-tag crew to film your infomercial, it won’t be the crispest quality, but it will get done. If you’ve got the money, though, spring for a more expensive agency: the quality of the video you get will make the price worth it.

Step 7: Don’t Sit Back And Expect Gold To Appear

So your agency is all hired and ready to start filming. If your plan is to sit back and wait for cinematic gold to appear, however, you need a new plan. Remain actively involved with the company as filming progresses. Your role is to make sure they stick to your goal and vision, and being present during filming lets the filmmakers in the room bounce ideas off with you, which will increase the quality of your video tenfold.

As long as you keep communication lines open and have a clear idea of what you want from the finished product, you’ll get the right video for your business.

Congratulations! Now that you’re equipped with all the tips and tricks you could ever need to find the best and most reliable video production service for you! Want more information on how to make your business overflow with success? Check out some of the other posts on our blog!

So remember: if you’ve hit a point where Wes Anderson is directing your commercial for hunting rifles, you’ve gone too far.

Tags:Video Production Service
Up Next

Top Reasons Why Brands Should Use Text SMS Marketing

MRIS Data You Can Not Get From Simply Monitoring Your Competitors