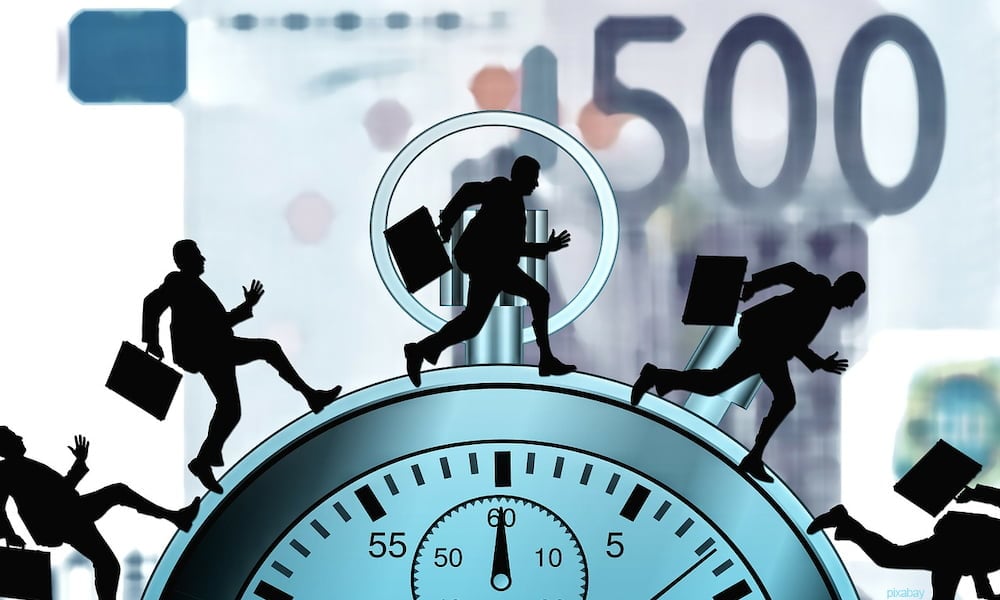 We live in a very fast-paced world, and business is potentially the most fast-paced of all subdivisions of that world. Things have to get done in a hurry, decisions need to be made in moments, and the fate of global economic forces relies on our ability to not waste any time.

Of course, this is only to scratch the surface with regards to some of the benefits of productivity. Clearly, the chief benefit that most of us will be concerned with on a daily basis is the fact that being more productive means enjoying a significantly increased likelihood of getting promoted, getting paid more money, and getting hired for better and better positions.

Unfortunately, though, this drive to constantly seek out peak productivity at the expense of all else frequently leads to severe burnout, and to all sorts of associated stress and trouble.

In the pursuit of peak productivity, many professionals will think nothing of getting radically too little sleep every single night, fuelling themselves entirely on high-strength coffee and kiosk sandwiches hastily bought on the way to the office, and sacrificing precious personal time that could have been spent with friends or family, or on particular hobbies.

It’s no wonder that more and more people report that they feel chronically stressed– and, it’s worth not brushing that aside. Especially considering the fact that chronic stress comes with a whole host of incredibly detrimental side effects to our health, well-being, and yes – even our productivity.

Here is a fairly comprehensive list of some suggestions that you can follow in order to reduce stress and increase productivity in your professional life, simultaneously.

Always strive for quality in what you do, and where possible, try to kill two birds with one stone

The classic book, “Zen and the Art of Motorcycle Maintenance,” reflects on several extremely deep and meaningful themes – but one of the most significant of these is, of course, the nature of “quality,” and what might roughly be called its “metaphysical” implications.

Too often, we end up cutting all sorts of corners in our professional lives, often without really meaning to, or even realising that we are doing it. Weirdly enough – quality is often put on the backburner, specifically because we are scrambling to free up time to get more done in total. In other words, we often sacrifice quality to be “more productive.”

When you do a bad job – or at least, less of a good job than you could do – you inevitably end up generating feelings of anxiety and unease. You know you should be doing better than you are, and that knowledge generates a sense of guilt.

At the same time, it’s when you’re most directly focused on the quality of your work that you are likeliest to actually get the most meaningful work done, and to secure advancement and benefit in your career, accordingly.

Particularly as automation sweeps the world and ensures that no single individual will ever be able to maintain as much raw output as a machine, an emphasis on quality is one of the surest ways of developing and safeguarding your professional future.

As part of this general emphasis on quality, favour actions that will kill two birds with one stone, without compromising on the quality of either element. Beyond the Boardroom: Make Your Meetings Count, for example, may be something to look into here.

It’s truly staggering how many people are completely dependent on caffeine in order to make it through their daily existence – never mind in order to actually feel as though they are achieving any significant level of productivity.

But, as you’ve no doubt heard (and probably still don’t really believe, deep down) caffeine is a psychoactive drug, and it can have a dramatic impact on the kind of person you are, and the way you perceive the world – especially at higher doses, and among chronic users.

In fact, with the abundance of caffeine-loaded energy drinks out there, and with the ever-growing accessibility of caffeine pills, there have been several notable deaths as a result of caffeine poisoning in the last few years.

Of course, it should go without saying that what is true of caffeine in this regard is even truer when it comes to stronger stimulant drugs such as Adderall.

It may be that you really do need to use some stimulant drug for a medical reason – but, if you can, it would be in your best interest to let these drugs go – and yes, that does mean your beloved espresso pot might not see the light of day for a while.

Caffeine and other stimulants are intimately connected to a sense of anxiety. When you are loaded up on caffeinated beverages, you will be far more highly-strung, your thoughts will jump from topic to topic far more readily, and you will be significantly more impulsive and less able to focus.

Quitting stimulants often means having to put up with an unpleasant “hangover” withdrawal effect for several days, if not several weeks or longer. In a pretty short space of time, though, you’ll notice that the whole world will likely look significantly different to you.

In particular, everyday challenges will stress you out less, you’ll be more emotionally resilient, and you will be able to keep your mind on task more readily.

Limit distractions as much as possible, and emphasise focus and attention

Cal Newport, computer scientist, professor, and author, has written with some disbelief and bewilderment about the fact that modern workplace culture seems largely fixated on ways to add distraction to people’s lives, rather than reducing them.

According to Newport, research indicates that even a minor distraction in the workplace – such as checking your Facebook profile, looking at your phone, or stopping to share a passing comment with a coworker – can massively reduce your ability to focus for around half an hour after the fact.

Why does this matter? Because focus is absolutely essential for productivity, and not just productivity, but the achievement of high-quality work. At least, that’s the hypothesis that Newport builds a compelling case for in his book “Deep Work.”

Shallow work is all very well, and we all need to do at least a certain amount of it, from time to time. Answering emails, filling in basic spreadsheets, and so forth.

Newport, however, really drives home the point that this is the kind of work that makes you very easily dispensable, from the point of view of your current employer. And, in fact, if your job is based on “shallow work,” there’s no reason to assume you won’t be replaced by an automated system in the near future.

The key to becoming invaluable to your employers or customers, according to Newport, is to maximise the amount of your working time that you spend engaged in what he terms “Deep Work.”

Deep work is what it sounds like – work that leverages a high degree of skill and focus, to achieve some outcome that stands above and beyond the crowd.

The trick is that in order to do deep work, you’ve got to take active steps to reduce the number of distractions present in your day-to-day and working lives. Among other things that might mean using a tool such as Freedom web blocker on your smartphone and computer, and looking for corners of the office where you can work without too many people trying to chat to you.

David Allen’s “Getting Things Done” task and project-management methodology is absolutely legendary in the business world, and many high-flying executives credit it with being the cornerstone of much of their success (and continued sanity.)

The basic underlying idea behind the method is that the human mind is specialised in generating ideas, but does a pretty terrible job of actually recording and tracking them.

Every time you have some pressing task that needs to be attended to, or some great bit of inspiration that you want to ensure you don’t forget, your mental resources are depleted, your stress levels go up, and the likelihood increases that you will, indeed, forget important things.

The cornerstone principle of the GTD system is that you collect all incoming thoughts and obligations in a central location, and then filter them out to different project and next-action lists.

The Getting Things Done system is famous for doing this, but all sorts of other task management tools such as Ryder Carroll’s Bullet Journal Method and do the same.

Whichever specific system you use, you’re likely to be a lot more productive, and a lot less stressed, if you organise and plan out your actions and ideas on paper.

Best Jobs You Can Do On The Side

Pumping Up Your Productivity