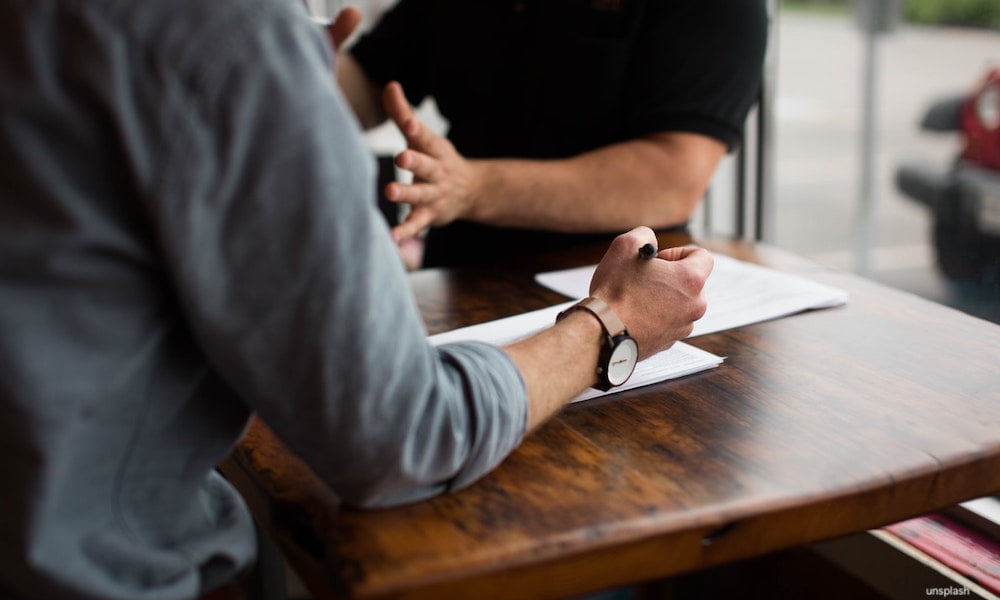 If you’re about to go on a job interview, then, first of all, good luck! This is a valuable opportunity that shouldn’t be taken for granted, as you are one of the few who were chosen by a company out of hundreds of applicants for a position.

Nonetheless, a job interview doesn’t equal a job, which means you have to knock it out of the park and impress the company with your personality and experience.

Don’t make the mistakes that thousands of people do; instead, read the following tips and be prepared for the conversation. Don’t forget to learn the tricky questions that will likely be asked during the interview.

Most people will be nervous during their job interview, no matter how many they’ve had before, but outwardly displaying your nervousness doesn’t exactly send a right message. For anyone who keeps fidgeting with their hands or glancing around the room, it might show to the interviewers that you’re not prepared or confident during the chat.

To keep those butterflies at bay, stay calm, take a deep breath, focus your eye contact on whoever is across from you, and keep your hands clasped together in your lap or resting on the table. You can, of course, gesticulate a bit when you talk, but try to keep your hands in one place when listening! Learn about good body language for during an interview.

Usually, it’s far better to be overdressed for a job interview than underdressed. No one will mind if you’re wearing a suit to an office where the dress code is not so strict, as it still shows that you are trying to make an excellent first impression. Whatever job you’re applying for, make an effort to look great, as the amount of people who turn up in sneakers, dirty jeans, a T-shirt, and with unkempt hair is pretty astounding! When it comes to a professional hairstyle for women, try out some modern and simple options that will end up looking great.

A lie on your CV being exposed during the interview

So, your CV says that you speak fluent Spanish? Then don’t be surprised if an interviewer starts talking to you in Spanish! If you look like a deer in the headlights, you’ve just proven that you’re a liar. It might even happen that you say you’re an expert in Microsoft Excel and end up struggling when they ask you to create a filter. Be honest with your level of ability, and you won’t end up looking the fool when you get tested on it.

Being far too informal

While it’s good to be relaxed and act like yourself during the interview, it’s not a good idea to be so informal with these people you’ve just met. They might not get your style of humor and find your stories a bit crass. Remember, you’re trying to land a job, not become best friends with your interviewers! If you’re successful, then you can, of course, show more of your personality and loosen up, but for the meantime, be professional, formal, and polite.

Not knowing anything about the company

You won’t be expected to know the entire business’ history, but you should know what they do, which clients they might work with, and the general ethos of the company. If it appears that you barely know anything about the place you’re trying to work for, it seems lazy, rude, and unprofessional to the interviewers.

Not asking any questions

Interviewers will always ask this at the end of the interview: “So, do you have any questions for us?” At least have something up your sleeve, as it shows that you’re interested in the company and want to learn more. Salary questions are best left to the end, but you can also ask about training opportunities and staff events and benefits.

Companies will hate this, so you better have a good excuse if you are late!

Tags:business interviewsjob interview tips
Up Next

Business Philanthropy Is More Than An Act Of Kindness

4 Essential Tips For Surviving A Move While Changing Jobs