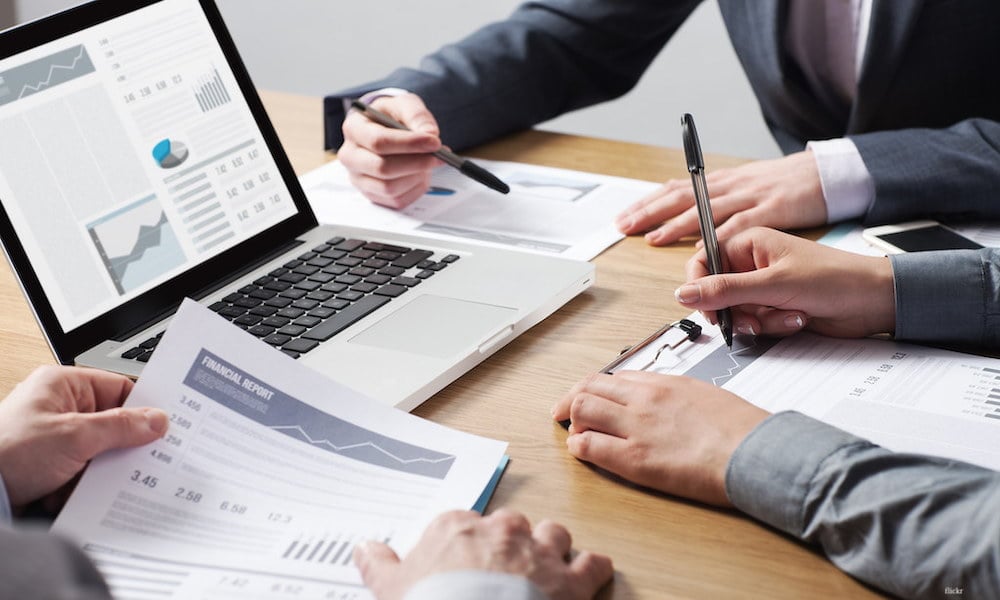 I tell biz owners “Numbers is the language of business”, but also that numbers rarely tell the truth. Not because we did bad math, but because we look at pictures when we should be watching movies. Want to know how you’re doing? Grab the popcorn.

Even if we think they’re important (and frankly, there’s only a few critical ones that are), we don’t look at the numbers the way we should.

The most important use of numbers in business is to see trends, not to see numbers. Stop looking at your numbers – that will rarely help you. Numbers are almost always misleading unless they are put in a bigger context.

What if you look at this month’s numbers and they tell you that you won’t be able to cover your expenses. Is that bad? Not necessarily. What if they say you’ll make a bucket load of profit this quarter? That can be very misleading, too. In fact, both numbers might turn out be lies.

How can that be? I thought numbers didn’t lie? In the context of a trend, they don’t, but by themselves as a snapshot they can be very misleading. We need to see the whole movie to know what they are really saying.

Your Most Important Numbers Aren’t In Accounting

Amazon “lost” hundreds of millions of dollars for a few years straight, and if that was the only number they looked at, it would have appeared they were running off a cliff. But they had the sense to couple those accounting numbers with some even more important numbers outside accounting. In their case, the important number early on was market share, not profit. Profit became more important later. They were sacrificing short-term profit for long-term market share, and thus long-term bigger profits.

For any early stages business your most important numbers are almost always outside of accounting, usually in sales. Don’t ignore the accounting numbers, but our sales and marketing numbers are much more important. And the right question isn’t “How many clients do I have?” (that’s a snapshot), but “How many do I need, by when?”, and then, “What’s the trend – am I gaining enough clients in the right amount of time?” That’s a movie.

Retail stores love the last quarter of the year – they can look like they’re making money hand over fist. But if you put that in the context of the rest of the year, it might show that the store is about to go out of business.

If September looks worse than August, should you panic? No, you should look at last August, as well as what is going on in the market right now, plus what you’ve done to change your business if anything, and a number of other non-number factors. All of that together can help you identify a trend.

The best use of numbers is to see the longest trends possible, a quarter, a year, two years, even more. If you’ve got three years worth of numbers to look at, you’ve got a movie that will give you a really great idea of where you’re going and the real strength of the business. August doesn’t matter nearly as much as how it looks next to last August, or your forecast for next August.

In about the 12th month of Crankset Group I wondered if this was going to work. Then I looked at the TREND over the first 12 months and saw plainly that it was going in the right direction – too slowly for my taste, but still trending the right way. And if we just kept the same trend for another 12 months, we would be profitable.

We decided to keep going, the dam broke and three months later we were over the top. The trend was so much more valuable than the numbers themselves in deciding what to do and keeping me encouraged.

Stop focusing on pictures of where you are, both in accounting and throughout your business, and start focusing more on where you’ve been and where you believe that trend is taking you.

FYI – charts are like pictures, but graphs are like movies. I like graphs more than charts. And I like any number in a context that can show me a clear trend over many months. Only then can I really know what the number means and how I my business is really doing.

Stop just looking at numbers, you’ll glaze over like I do. Look at the trends instead.

Watch the movies of your business to see how you’re doing and you’ll have the confidence to keep going and to make more money in less time.

Tags:business efficiencybusiness financebusiness strategy
Up Next

Valuation Issues in the Bankruptcy Process

How & Why to Find a Locally-Owned Bank