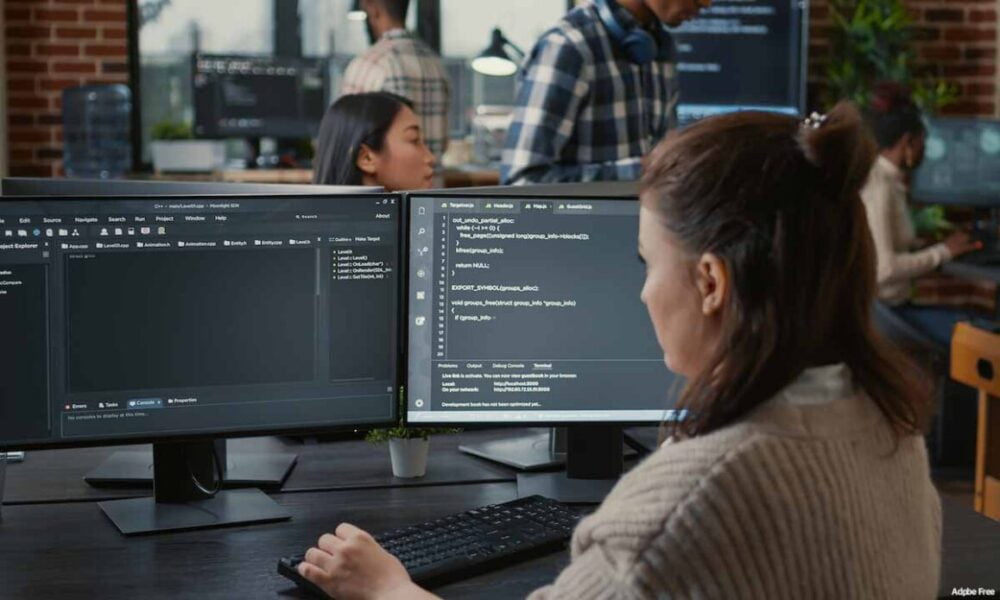 If you’ve worked in an office environment, chances are you’ve run up against all sorts of IT issues from time to time. Depending on your office’s setup, you may or may not have a dedicated IT specialist in-house to take care of them either.

To keep your office running smoothly, here are the top ten IT Issues that you should know about, as they are more likely to occur than others.

The “Blue Screen of Death”

Despite its infamous name, the Blue Screen of Death isn’t quite as deadly as it may first initially seem. However, depending who’s reaching out to the help desk, they might not have taken the time to read what the screen said before proceeding immediately to panic. Typically, the most it requires is a simple reboot, though it can be a bit more serious from time to time.

Slow internet all around

Depending on how restricted your office’s internet access is, a few of your coworkers are bound to get their computers infected with some sort of spyware or virus at some point. While it’s never a fun conversation to have, it’s important that your coworkers are upfront about what kind of sites they’ve been browsing. Chances are, it’s as harmless as a few misclicks here and there. Otherwise, it might require both an antivirus program and a trip to HR.

If you’ve ever worked tech support, you’ve likely been bombarded by your colleagues wondering why they can’t get into their computers. From mundane mishaps like an accidental press of the caps lock key to something more severe violations locking them out of their systems, these errors tends to happen all the time.

Where are my files?

Even the most tech-savvy individuals out there have mistakenly deleted a file or two here and there. Before your coworkers start losing their minds, remind them that – most of the time – it’s easy to retrieve the missing files, so long as they do their best to stop using the host drive for a bit.

Typically, this one is as simple as checking whether or not there are automatic updates taking place. Windows is infamous for updates that require multiple reboots and often take computers hostage for upwards of several hours. If it’s a hardware problem, like a faulty graphics card, it may require more work.

Why can’t I print this?

Do yourself a favor and ask your coworker whether or not they turned on the printer before they decided to come to you. If they get a bit embarrassed when they realize they didn’t, problem solved. Otherwise, you may need to check their connection. Hopefully it’s not a faulty printer.

Unable to connect to the internet

Chances are, this one is an improperly entered password. If your office still uses the prepackaged password that came with the router, the combination of letters and numbers is enough to throw off many employees. However, sometimes an outdated router is to blame and you may need to invest in an upgrade.

Culprit number for unexpected shutdowns: overheating. This is especially common on older makes and models, so if your office hasn’t refreshed its tech in some time, this could be your problem. If not, check the ports for dust and debris. Some employees don’t take the best care of their hardware and this could be the issue.

Does it work in a different port? Do other devices work in any of the computer’s ports? Are they simply not inserting the device properly? There are all sorts of simple fixes for this issue. If it persists, it could be a messed up port. Odds are, though, it isn’t.

My computer won’t turn on

If it’s a desktop computer, this may be a bit of a problem — especially if it’s actually plugged in. However, if it’s a laptop, chances are it might not have been properly charged. Even if it has been charged, there are plenty of troubleshooting techniques to get a computer started, including booting in safety mode.

When it comes to IT support, there’s no telling what problem you might face next. And while these are some of the most common of this day and age, as technology develops, who knows what one will come next? As long as you’re using the right services and have a dedicated help desk, your business should still keep running smoothly.

Are Chatbots (and Live Chat) Good for Business?

Going Wireless: How to Set up Your First Small Business WiFi Network