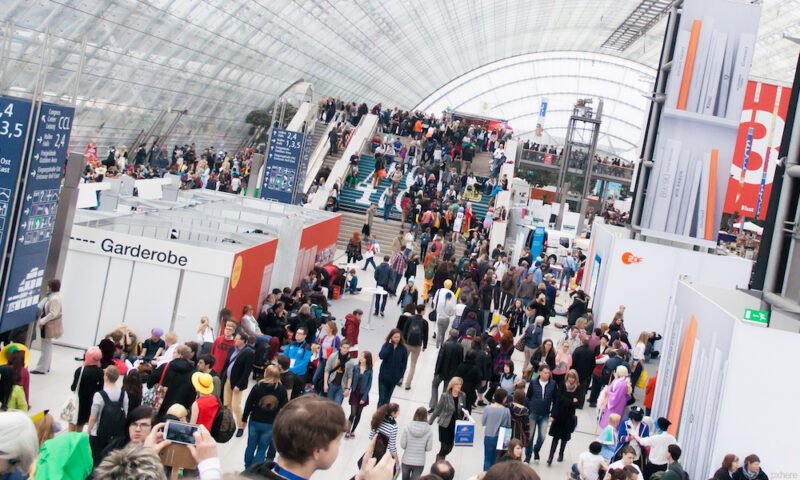 Despite the proliferation of online marketing, advertising and relationship building, participating in trade shows remains relevant for most businesses. Trades shows bring together key people from your industry, and there is the opportunity to network and also showcase what you have going on regarding new products and services. There’s also the chance to introduce yourself if you’re a startup.

Tradeshows, and conferences depending on your industry, are happening all the time in cities throughout the country and the world and they’re now using technology to attract delegates and attendees. You will find digital displays and sophisticated security systems particularly at events where there are a lot of attendees.

The trade shows and conference organisers will use a Conference ID Card Creator with the technology systems to badge and track delegates with id cards. Plus their software will report registration and attendee data which an exhibitor can use for post-event follow up communication.

Therefore if you’re considering setting up a trade show booth exhibit and it’s your first time doing so, you may be a bit overwhelmed with what you’ll need to organise and manage. There’s everything from the basics of the booth and the marketing elements you’ll include such as feather flags or customized banners, to the logistics like figuring out what type of wiring you’ll need to your booth.

If you’re completely new to setting up a trade show booth, the following are some things that can help you get started.

Talk to the Organizers

It might sound obvious, but having a conversation with the people running the trade show is something a lot of first-timers forget about. You should ask them specifically what comes with your booth, and what will cost extra.

For example, sometimes a trade show will provide pretty much everything including carpeting, tables, and chairs. In other circumstances, you have to pay extra for essentially everything beyond the space itself.

If you’re new to designing a trade show booth, it may be tempting to go overboard with things like images and graphics. It’s better, however, to design a booth that’s simple and clear. You want it to be bold as well but not overpowering.

You don’t want people to have to spend a lot of time trying to figure out exactly what it is you sell or you’re offering, and if your imagery or graphics are overly complex or convoluted, that’s what’s going to happen. You want to make a distinctive impression right away as people are walking past your booth.

If you need graphics, it’s relatively easy to find companies that specialize in creating them just for trade show displays.

Keep Your Headline Simple As Well

As with your display imagery, you want your wording on your booth also to be simple, concise and easy to understand. You want a headline that is going to take just a second for someone walking by to read and digest, and you want them to feel compelled to talk with you more once they do read it.

If you keep your headline short, you can make it bigger, and that’s going to be more attention-grabbing for more people.

You’ll also have to come up with a description for your display. Make this very readable and digestible also. Don’t get overly technical and create bulleted lists if possible, because lists are extremely reader-friendly.

When you’re coming up with the writtencontent for your display make sure that you prominently showcase your website address, and your social media handle. Even if someone doesn’t talk to you at the show itself if they see this information they may contact you once the show is over.

Don’t Try to Be Overly Flashy

Sometimes you might want to spend a lot of money on your first trade show display and try to make it as flashy and attention-grabbing as possible. Honestly, if there’s no substance behind what you have to offer, this is nothing more than a waste of money.

Even if there is substance, people can actually be distracted by a display that’s too flashy.

Be Ready to Communicate

Finally, it’s not directly related to the design of your booth but when you’re an exhibitor at a trade show, be ready to communicate in a genuine, transparent way with everyone who will talk to you. Sometimes the ability to communicate appealingly is what’s going to set you apart at a trade show more than pretty much anything else.

If you’re overly pushy or you’re being too salesy it’s going to be a turnoff to tradeshow attendees, because they likely have some serious sensory overload from everyone else.

Trade shows aren’t necessarily the time to close a deal, so don’t get so caught up on that being an objective. Instead, focus on using your first trade show as a chance to start building important and valuable relationships.

Tags:business marketingsetting up a trade show boothtips for your first trade show
Up Next