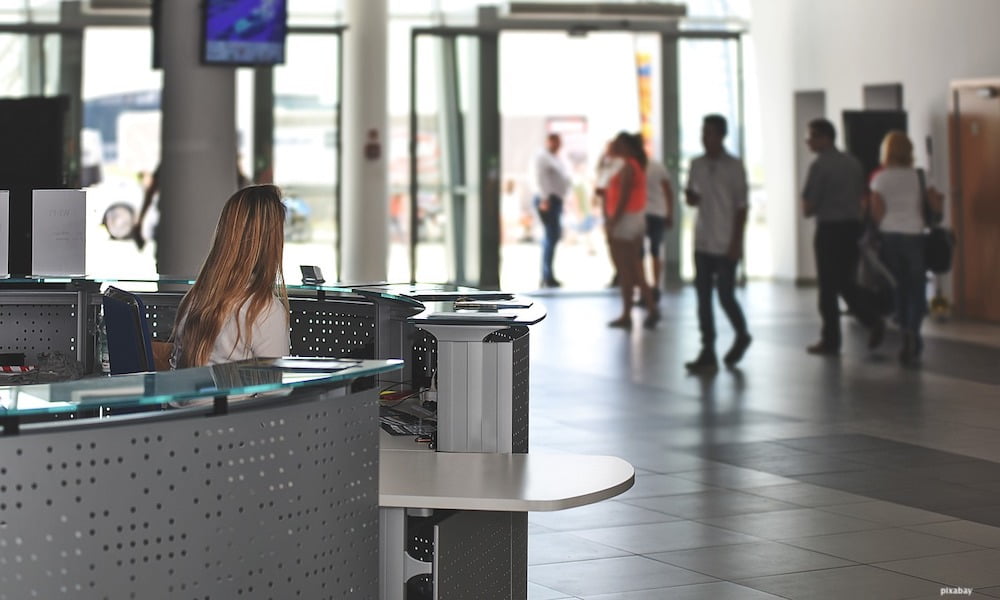 With the average data breach set to cost companies around $3.6 million, companies of every size know that they need to take their cybersecurity seriously.

Between the cost of lawsuits, the number of customers who flee, and the damage to your reputation, you might not survive a major hack. But did you realize that your physical workplace security could be just as big of a risk as your server security?

If you’re wondering how it could be true that your workplace security could help to protect your data and the future of your company, check out these 5 points.

1. Hackers Can Be Locked Out

While you might think that the only way to keep hackers out of your system is to install cybersecurity, that keeps them off your servers, you should think again. Proprietary information or private company data could be stored on any number of laptops, phones, or tablets.

If someone can walk in and retrieve data from them, it’s a far greater threat than a hacker trying to make sense of the encrypted data on your servers.

Without proper workplace security, your devices can be stolen out of cars, from desks, or even from your secure server room. If someone gets ahold of a keycard or gets access to unlocked doors, that could be a greater threat than an inadequate firewall.

Someone posing as a delivery person could walk right into your executive offices, past your research department, and directly into the center of your office. They could see what you’re working on, snap a few quick cell photo videos or some video and ruin an entire year’s worth of product rollouts.

Everyone that enters your office could have a camera in their pocket that they could do serious harm to your business with. One photo could circulate to millions of people in seconds. If you wanted to surprise your competition with a cool marketing strategy, years of work could be undermined by anyone walking into your building.

Hiring building security like Sentel Tech can ensure that your facility is secured and all of your privileged information remains private.

3. Conversations Are Assumed To Be Private

When people are walking down the halls, meeting in board rooms, or having conversations at lunch, they take for granted their privacy. People who work at any company rightfully assume that they’re always talking to someone who holds similar values who wants to see the company succeed.

If you can’t keep people out, you could be setting up your customers to become leakers of private and privileged information. A simple conversation at the water cooler could be recorded by a small device or cell phone and then circulated online.

People who are talking about the details of a project could reveal some big secret or a special feature that your competition hasn’t thought about yet. You could have millions of dollars invested in this project and it could all be upended because someone snuck in, recorded the conversation, and sold it.

Rather than have to stop talking openly or feel suspicious of everyone who walks through the door, you should hire a security firm.

The odd thing about keys is that they don’t know who they’re being turned by. Even if you’ve got a secure key card system with your employees’ names on them, doors and secure rooms aren’t checking to see if the entrant matches the card.

If someone drops their keys in the parking lot or leaves them at a cafe nearby, that could prompt a nefarious actor to walk right into your facility. When you don’t have workplace security, locks and keys serve as little more than decoration. If you can’t control who is coming and going from your offices, you aren’t protecting your office.

Since keys can’t be discerning when they’re being turned, you should rely on workplace security. Merely having someone at the front desk who can look everyone who enters in the eye, or a system that records every key swipe will protect you.

5. Keep People Off Your Wireless Network

Did you know that you could be hacked via your own wireless network?

Even if you have a secure password and make the effort to keep visitors off of your network, a clever hacker could still get in. All they have to do is to park their car outside your building and run hacking software to break into your network. Even the best passwords can be cracked and if they do, they could then start rooting around without you knowing.

That’s why you need to have workplace security.

Having security means that you everyone who has stepped onto your lot or driven their car through. You know the license plates and can track them down.

If someone is suspiciously sitting in a car for hours at a time, they could be trying to hop onto your wireless network. Instead of being caught without the ability to defend yourself, you could send your security staff out to check on them. They can see what’s going on and if they’re out to harm you, they can send them on their way packing.

Like red wine and a thick juicy steak, cybersecurity relies heavily on a strong workplace security system. If you can keep people from walking right up to your servers, online and offline, you’ll be able to protect yourself from costly hacks. Your customers and clients will appreciate the efforts to keep their information secure and stay loyal because of your commitment to security.

If you’re curious about the path you should take to securing your workplace, check out our list of 3 tips to rely on.

3 Effective Ways to Protect Your Business