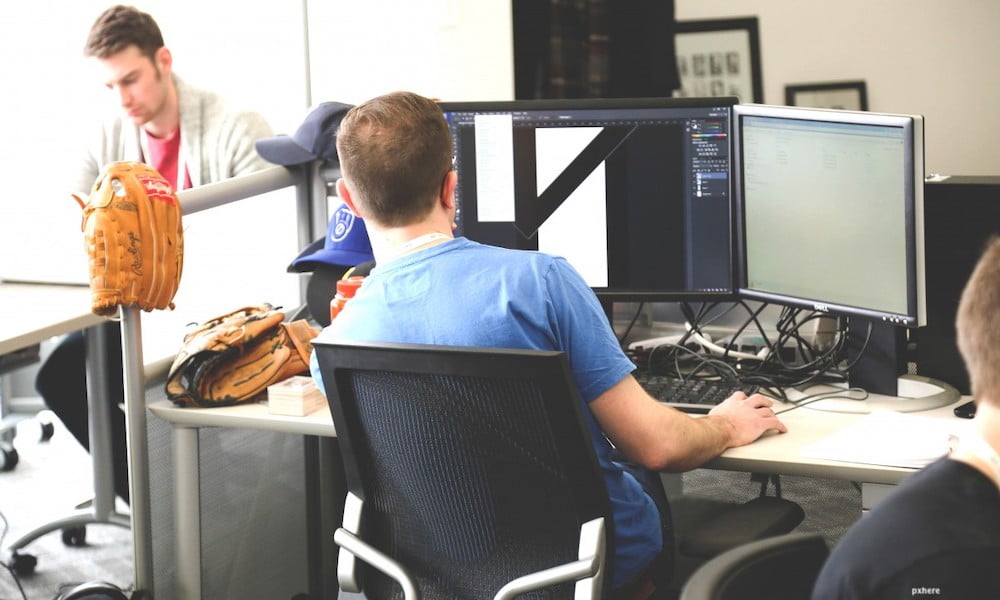 The business landscape has always abhorred inertia, but against the increasingly fast-paced technological landscape of the 21st century, it’s more important than ever to embrace technology to ensure success (or even survival) in business. Whether your business has its basis in industry, manufacture, retail, communications or anything inbetween, the prognosis seems increasingly clear… Move with the times or prepare to be fossilized.

Most entrepreneurial types have an enthusiasm for anything that can give them the leading edge over their competitors and in an age where technology moves at such breakneck speed, business owners owe it to themselves to get in on the ground floor. To gain a competitive edge it’s important not just to invest in the right technology, but in the skills and expertise that will enable you and your employees to use it effectively to drive output and productivity. Which brings us to…

Technology and skills: You can’t have one without the other

It makes sense that in an age of continually evolving technology, the education sector and job market will evolve along with it. We’re already seeing a job market in which digital outfits emphasize skills over a college degree and while it’s unlikely that traditional academia will ever be supplanted, the savvy business will ensure that skills and training are at the forefront of their strategies. The most impressive technology in the world, after all, is meaningless without the skills to use it effectively.

Embrace the versatility of lasers

Lasers have been the staple of science fiction for decades from the photon torpedoes of Star Trek to the lightsabers of Star Wars but the realities of their application to a huge range of industries is very much a matter of science fact. The C02 laser cutter currently has an enormous range of applications from engraving jewellry to industrial metal and wood cutting to surgery while its cousin the fiber laser is used increasingly in the 3d printing of complex, reliable machine parts. Recently, however, direct diode lasers have been incorporated into a variety of industries that require a more energy efficient solution to a range of applications from industrial welding and cutting to heat treatment. As direct diode lasers are far more energy efficient they look set to save various industries a small fortune in running costs without compromising on versatility.

In an age where 30% of all e-commerce purchases in the US were made through mobile apps , whatever the nature of your business there’s little doubt that it would benefit from an app. Retailers are increasingly finding that they can use apps not just to facilitate e-commerce transactions but as a tool to promote brand awareness and customer loyalty. Just look at the way Uber expand their reach by incentivizing customers to refer their friends, family and colleagues to the service. Even a presence on the app store can bring new potential leads to your brand, although with over 1,600 apps a day published, you may need something special to stand out. Here are some ways that you can help your app to get featured and bring millions of potential leads into contact with your business. Just a little imagination could lead you to an app that will revolutionize your industry.

WebAssembly is more than just another programming language, it’s a new standard binary format for web design. Compiling applications in WebAssembly enables them to run as fast as native applications, resulting in seamlessly fast browser-based applications. This will allow for much faster and more seamless online gaming as well as more convincing augmented and virtual reality, not to mention a renaissance in more complex and feature rich web applications.

Despite the technophobic paranoia of beloved science fiction franchises from The Terminator to The Matrix, Artificial Intelligence is a commonplace reality for a range of today’s businesses (without plotting the extinction of humanity). There’s real value in your tech getting to know more about its users (i.e. your customers), popular ecommerce outlets like Amazon and eBay use it all the time when making suggested recommendations. Today’s AI, however, is sophisticated enough to be used a little more creatively, using algorithms for a range of customer facing applications thereby reducing staffing overheads for small businesses. AI can take huge volumes of transaction data to extrapolate and predict consumer behavior or even process the historic performance data of industrial equipment enabling site managers to preempt and even prevent failures.

Virtual reality was all the rage in the sci fi musings of the ‘90s but a couple of decades in, we’re getting to see some far more viable applications for virtual and augmented reality in entertainment and commerce. From virtual showrooms which will enable customers to experience a new vehicle without leaving the house to VR remote training and orientation for employees this technology looks set to take on a whole host of new applications into the next decade. VR could soon replace traditional e-conferencing and webinars as well as providing an immersive user experience for customers.

Speech recognition technology has come a long way in recent years to the point where the obsolescence of the keyboard and mouse seems tantalizingly within reach. When used in conjunction with artificial intelligences such as chatbots (like Apple’s Siri) the future of simple digital interactions for a range of businesses will be far more automated resulting in further reduction of staffing overheads.

Drone technology has had military applications spanning back to the Vietnam war, but in recent years drone technology has been used increasingly in a range of business applications from war correspondence to mapping. Any service that relies on direct-to-consumer logistics is likely to lean heavily on drone technology in the future with UPS staging mock deliveries of emergency medical care in traditionally hard to reach areas last year.

These are the technologies that the forward thinking entrepreneur will want to keep an eye on as we march towards the 2020s. How you use them, however, is in your hands.

The most recommended employers in the tech sector

HWY Pro: New App Might Save the Future of the Trucking Industry