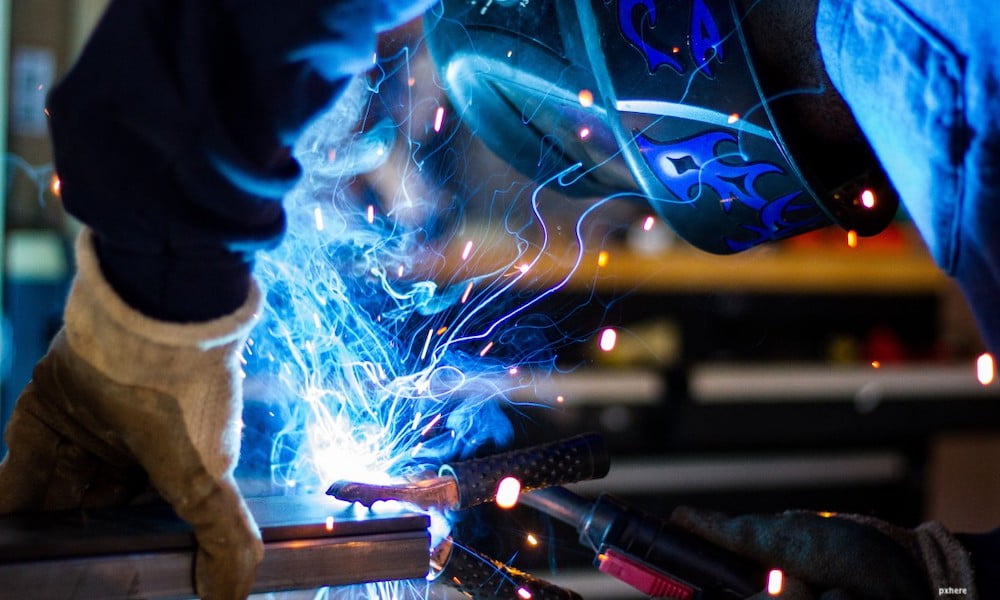 The answer: because so many manufacturing businesses are wasting energy. And when you have a sector that big wasting so much energy, there are huge consequences. This article is going to be focusing on the steps that manufacturing businesses should be considering when it comes to energy. We’re not going to spend time trying to convert you to solar power. After all, even renewable energy can be wasted!

The manufacturing sector has one of the biggest carbon footprints in the world. In fact, it’s estimated to be second only to the meat industry. As you’ve probably noticed, people are getting more and more concerned about the environment by the minute. This is a good thing, really. But it does put more pressure on you as a business.

Looking at it another way

Well, we could start looking at this whole thing in another way. The fact is that environmental practices and saving money go hand in hand. Energy costs money, right? So if you’re wasting energy, you’re wasting money. Your manufacturing business is less efficient. Your bottom line will be affected, perhaps by more than you realize.

In short, saving energy is saving money. So there’s basically no reason for a business owner in manufacturing not to be concerned! So when you reduce waste, you increase profits. And if the whole environmental thing turn out to be wrong, somehow? Well, you till benefited. Everyone wins!

Some business owners in manufacturing may ask why they need to bother. It’s not that they don’t think the environment is being damaged, exactly. But they may be wondering why they should make all the effort when no other companies seems to be doing anything to reduce energy waste.

Well, that’s a mistake. There are actually lots of massive names in manufacturing who are taking environmental measures. It’s not the case that you’re going to be some small company who gets left behind because they cared too much about the environment. Some of the most successful companies in the world are taking such necessary action. So not only does reducing energy waste not mean you’ll be left behind. It actually means you’re going to be in very good company. (It also means there are already a bunch of successful business practices out there where the environment is concerned. That’ll help give you some inspiration for your own practices!)

Energy waste in the manufacturing process isn’t always the fault of a company simply not caring, though. There are plenty of problems that occur in manufacturing that actually result in a lot of energy waste. You may see them only as things that slow down productivity. But they can actually have big effects on your energy usage.

Let’s say you have a particular machine that isn’t working as well as it used to. Let’s use a specific example. Say you have a laser cutting machine. It used to be able to perform the necessary work on a hundred pieces of metal an hour. These days, it’s down to eighty. It’s not working as well as it used to, probably because of simple degradation. Here’s the problem: most of the time, machines in this scenario won’t be using less energy. Their output will be lower, but their energy input will be the same. So a fault with your machine is actually causing energy waste.

It could be as simple as replacing the machine, though this can be quite costly. A lot of the time, you simply need to slow down production for a short time while you get the issue fixed. If it’s just one part of the machine, then replacing that part should be easy. Let’s take another example. Say you have a gas compressor that’s leaking. That leaking gas (aside from being, you know, a safety hazard) means that energy input is being wasted. The best thing to do is replace the compressor with one that reduces gas emission. In such acase, you could look at industrial gas compressor manufacturer PDC Machines.

A lot of people assume that “being audited” is a bad thing. That’s because it’s usually associated with the IRS coming after you for tax mishaps. (Of course, it should be pointed out that the only people who worry about getting audited by the IRS are people doing something wrong.) But what exactly is an audit? An audit is a financial inspection, sure. But do the companies who do audits always looking for criminal activity?

No: financial inspections are usually undertaken to find better ways of doing things. So how exactly does this play into manufacturing and energy usage? Well, the energy you use isn’t just an environmental worry, is it? As I said above, it’s also a financial concern for you. So getting an energy audit works as a sort of financial inspection, too.

Basically, an energy audit sees your entire manufacturing process being reviewed. If there’s a way to improve energy usage, it will be found. If you’re using more energy on one aspect than you are another, it will be noted. When you have all of this data, you can start making informed improvements.

Reduce Your Business Liability with These 6 Employee Driving Safety Rules

Investing In Fitness In The Office – What Are The Options Anyway?