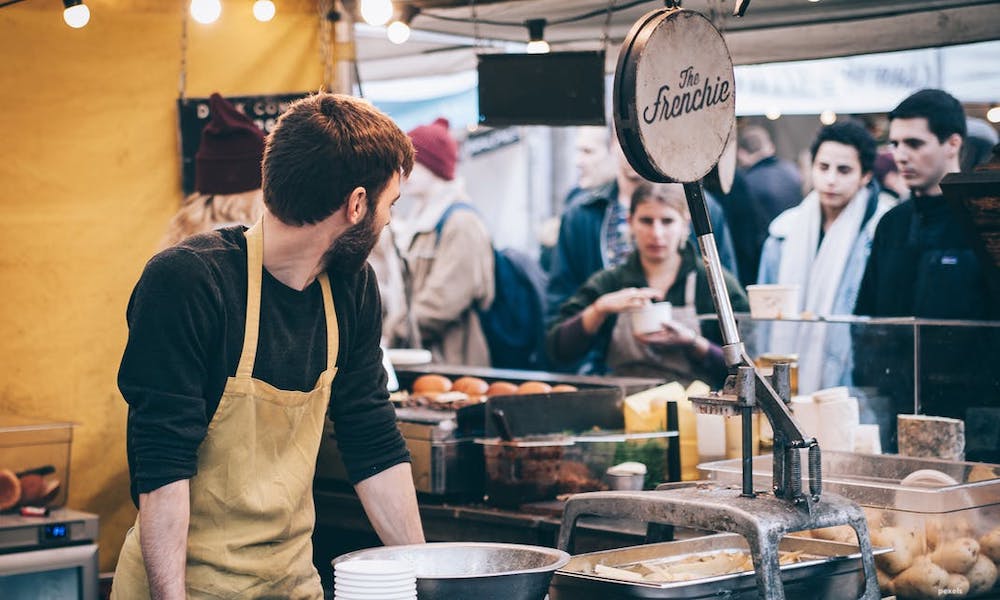 I was recently honoured to have been asked to be Best Man at a friend’s wedding. Actually I was really the Assistant Best Man as his two young sons were the real ones, and a great job they did too with me providing support whenever needed. That has nothing to do with customer service but the lead up to the big day provided rather too many instances of when attention to detail when dealing with customers didn’t happen as it should have done.

Anything to do with a wedding needs careful attention from all concerned and there are many suppliers involved. The aspect I was involved with concerned five of us (groom, bride’s father and three best men) hiring suits for the wedding. Now this ought not to be a difficult task and there are many places that provide such a service from small independents to large chains.

So, the first task was to choose a supplier and get measured up. The choice was straightforward, it was the same independent retailer that the bride had chosen for her own dress and the bridesmaids. The logic being that the cravats and handkerchiefs we would have would be of the same material as the bridesmaid dresses. A date was arranged when we could all get together and off we went one Saturday afternoon two months before the wedding for our appointment with the tailor.

Arriving five minutes early we were met by two young assistants who brightly told us that we weren’t ‘in the book’ and that Steve might be back at 5 o’clock if we’d like to wait (it was 1 p.m.). Needless to say we weren’t impressed and when we asked that they check their diary again they found our appointment – ‘Oh it’s Saturday and not Friday’ wasn’t particularly reassuring. No apology and no attempt to call Steve and get him in, wherever he was! At that point we decided to go elsewhere, a 40 mile trip to a large store (part of a chain) we knew should be able to deal with us.

Customer Service Point 1: Remember that when service is absolutely key to your business make sure you know who you are meeting with and when and keep to it at all costs because your customers will make the effort to meet with you.

Customer Service Point 2: If as sometimes happens mistakes happen be prepared to say sorry and do something to rectify the situation, don’t leave it to the customer to sort it out for you because they won’t.

As we’d hoped the larger store was able to get us measured up and the groom was able to choose the colour of the cravats/handkerchiefs similar to the bridesmaid dresses. Arrangements were made for suits etc. to be delivered to the store a week before the wedding so that any last minute adjustments could be sorted out in time.

Customer Service Point 3: Be flexible with your processes and make sure staff are sufficiently trained. (We didn’t have an appointment and the usual person who dealt with suit hire was away when we arrived but other staff knew the system and what was needed to capture all our requirements.)

One week to go to the big day and lots of different things happening. All we had to do was go along and try on our suits. The five of us trekked off to make sure all was OK with the suits. No surprises here, a waist-coat missing, slight mark on one jacket and a smaller jacket needed for each of the young boys. Nothing that couldn’t be dealt with easily and arrangements were made to get things fixed and the store would ring us so we could pick them up – probably Tuesday.

Customer Service Point 4: Be especially attentive to the needs of the customer at the point where they are taking your product.

True to their word they phoned on Tuesday afternoon to say everything was ready to collect (we’d already taken the items that were OK after our fitting). So, after work the groom made the 100 mile round journey to pick up the extra items.

Now it wasn’t until Thursday afternoon (less than 48 hours to go) when the groom’s two boys came to check out their suits that it was discovered that the jackets were exactly the same size as the ones they’d tried the previous Saturday. An immediate phone call to the store to find out what had happened revealed that the jackets had been returned to ‘Head Office’ to be exchanged for smaller ones but because there weren’t any they were sent straight back again. No-one in the store had checked what had been returned to them and the groom accepted them in good faith as having been altered.

Customer Service Point 5: Know your stock and what is possible – the person dealing with us at our fitting should have known that the two jackets were the smallest available.

Customer Service Point 6: Check and double check items before handing them over to a customer – especially if they’ve been altered specially to meet a customer need.

The only way round the situation at this point was to get the two jackets back to the store on Friday and for a local tailor to shorten the sleeves of both jackets and the length on one of them. All this would take a couple of hours. This is where yours truly as Assistant Best Man came in – re-arranging a couple of meetings with very understanding clients and arriving at 10.15 on Friday morning, just fifteen minutes after opening.

Of course the person the groom had spoken to didn’t get in until 11.00 but I was able to speak with another assistant who seemed to know about ‘the problem’. I was able to explain what needed doing and showed them photographs of the jackets on the two Best Men and where each jacket needed shortening. Sleeve shortening is easy but shortening the length of a jacket less so I was told. All I could do was go with what the groom had told me had been agreed so I left my mobile number with them and told them to call me when the right person eventually turned up. Off I went to find some coffee.

At 11.30 I got the call I’d been waiting for only to be told that while it had been agreed the sleeves could be shortened it hadn’t been agreed that the length on one of the jackets could be. Now this was not what I’d been told so I had to keep to my line but promised to call the groom. Thankfully, the jackets themselves had gone off to the tailor for the alterations to be started.

Customer Service Point 7: Be absolutely clear about agreements, especially verbal ones as it’s so easy for two people to come away from a discussion with different perceptions on what has just happened.

I eventually got through to the groom who not unsurprisingly was somewhat busy with other arrangements the day before his wedding. He called the store to remind them of their full agreement from the previous evening but extremely reluctantly had to accept that by then there simply wasn’t the time to alter the length of the jacket in question.

It was at 3.30 that I got the call to say the jackets were back in the store and ready to collect. I leisurely finished my third large coffee of the day and walked round to the store to find they weren’t ready but was told ‘He’ll be back with them shortly’.

Customer Service Point 8: When you can, give someone an exact time to arrive. If you don’t know an exact time then promise to call them when you know it is worth them coming in.

After 20 minutes the person arrived with the two altered jackets and was really pleased to tell me that he’d been able to get the tailor to temporarily shorten the jacket concerned. Why he seemed disappointed that I didn’t congratulate him on his efforts to get this done at the last minute is beyond me!

Customer Service Point 9: You can pull out all the stops and satisfy customer needs but it’s all in vain if you’ve let them down so badly up to that point – but you still have to try.

The good news is that the jackets did fit and the two Best Men looked great on the day. It was just such a pity that poor attention to detail all along the way had made it far more difficult than it ought to have been.

Taking the leap into Entrepreneurship

Can business people learn lessons from The Apprentice?